Lately I haven’t been blogging but I couldn’t let the entire month of May go by without contributing to my blog to bring awareness to mental health (although 90% of my blog posts are concerning mental health).

If you’re like me and are intrigued by fictional books based on mental illness, then this particular blog post is for you. I’ll also be posting another blog on movies of the same subject. This post isnt to make light of mental illness, but to help bring light and education on the subject. The below selections are also available on audio, incase you’re like me, and love getting lost in a good audiobook while working or driving.

So let’s get started shall we?

1. The Darkest Child by Delores Philips 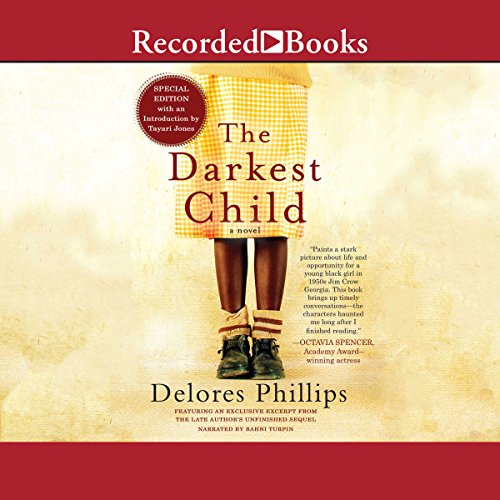 I had to start off this list with the only book written by the late Delores Philips. The book is guaranteed to move you. It takes place in 1958 and tells the story of a mother with mental illness raising 10 children on her own. This fictional story is told from a first person account of her daughter, Tangy Mae, the darkest of the ten children. If you read the reviews, you’ll find that alot of readers have found it very difficult to read because of the sensitive subject matters, primarily physical and sexual abuse. I’d recommend listening to the audio format, as Bahni Turpin is a superb narrator.

2. The Supermarket by Bobby Hall aka “Logic” 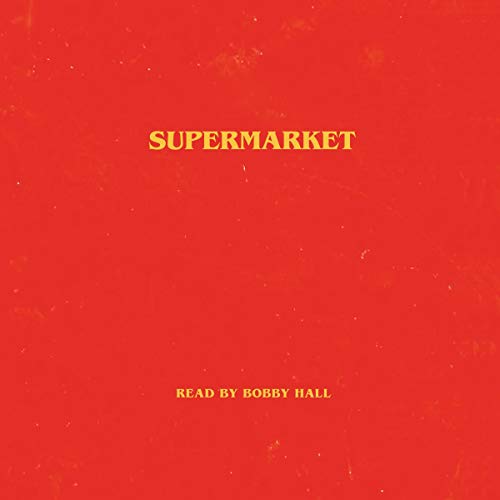 I must say that I didn’t even realize that Logic had authored the book until I was about mid-way through it. The book was so good, that I was eager to look up information about the author of the book. I don’t want to give too much of the story because there are a couple of twists and turns. It’s described on audible as a psychological thriller but there isnt really any violence in it. However it does get the job done at shedding a huge spot light on mental health awareness while being highly entertained. He also did a great job at narrating the audiobook as well. It’s definitely worth the read.

3. The Burn Journals by Brent Runyon 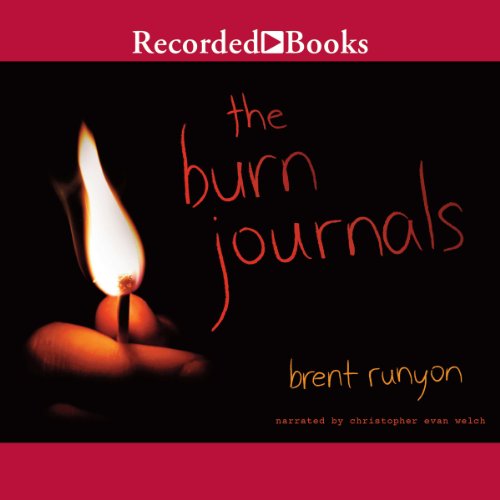 This is the only book on this list that I havent gotten around to reading yet, but it was brought to my attention by a young reader on Instagram. The story details the suicide attempt and recovery of the author when he was only fourteen. Since I have yet to read this true story, below is a synopsis from Amazon:

“In The Burn Journals, Runyon describes that devastating suicide attempt and his recovery over the following year. He takes us into the Burn Unit in a children’s hospital and through painful burn care and skin-grafting procedures. Then to a rehabilitation hospital, for intensive physical, occupational, and psychological therapy. And then finally back home, to the frightening prospect of entering high school.

But more importantly, Runyon takes us into his own mind. He shares his thoughts and hopes and fears with such unflinching honesty that we understand—with a terrible clarity—what it means to want to kill yourself and how it feels to struggle back toward normality.

Intense, exposed, insightful, The Burn Journals is a deeply personal story with universal reach. It is impossible to look away. Impossible to remain unmoved.” 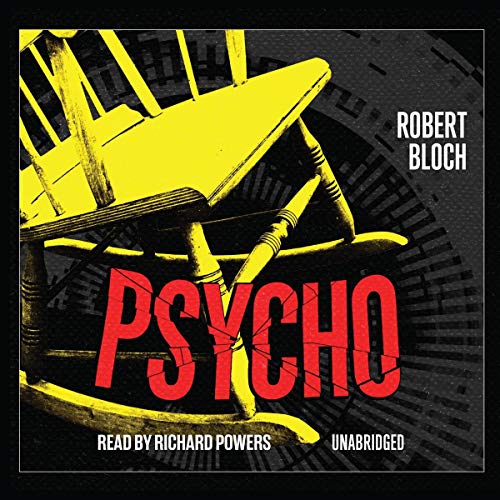 If you’re into classics and psychological thrillers, then you know all about Psycho and Bates Motel. This story is told in third person about Norman Bates, a motel owner with mental illness who kills his motel guests. The thriller is said to be based on the real life story of Wisconsin murderer, Ed Gein. In the story, Norman Bates suffers from dissociative identity disorder as a result of severe emotional abuse as a child. There is also an implication or theory that Norman may have been in an incestous relationship with his mother by readers. I, too, believe that this is the case. Alfred Hitchcock also directed a movie of the same name based on Robert Bloch’s novel.

5. The Secret She Kept by ReShonda Tate Billingsley 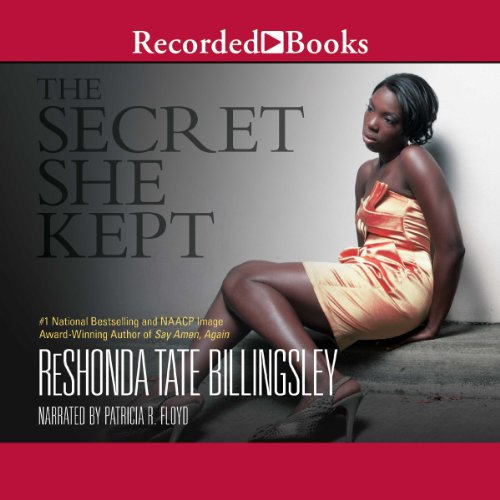 This novel kind of has a slow start but it gets interesting. The main character, Tia Jiles, is a successul lawyer who suffers from both bipolar disorder and schizophrenia. She’s just gotten married to a magazine executive who has no idea what he’s gotten himself into because he is in the dark about his new wife’s mentally illness. The audiobook is narrated by Patricia Floyd, who is my 2nd favorite narrator. (Bahni Turpin is my 1st.) 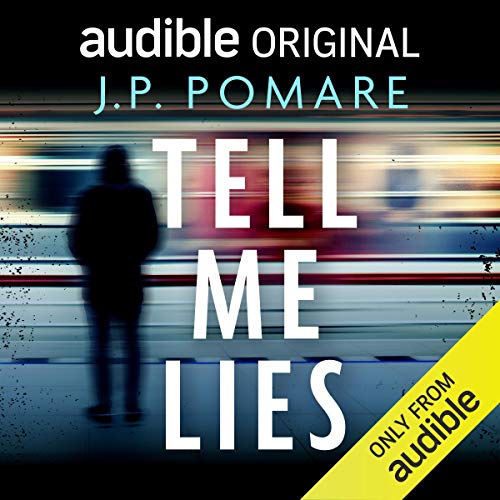 This book is only available on audio and only on the Audible website but it’s worh mentioning. The story is about a psychologist, Margot Scott, and her account of the various patients she sees. Things begin to get interesting when one by one her clients are targeted by a mystery person (one of her patients). It is considered a psychological thriller, somewhat a mystery, and is very fast paced. I don’t want to give too much away, but I will say that the ending will have you feeling mind-fucked, because everything isn’t what it seem.

Another classic. Girl, Interrupted takes place in the late 60s and is based on the real-life story of the author, Susanna Kaysen. The story follows her stay at a psychiatric hospital at the age of eighteen and her interaction and interesting drama with the other patients. During her two-year stay, Susanna is diagnosed with Borderline Personality Disorder. This book is not available in audio format on the Audible website, but it is available on audio on Amazon in cassette format. (That was not a typo. Yes, cassette.) 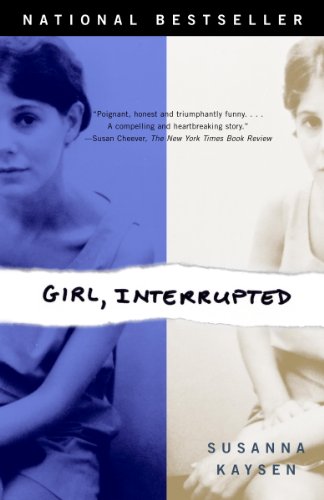 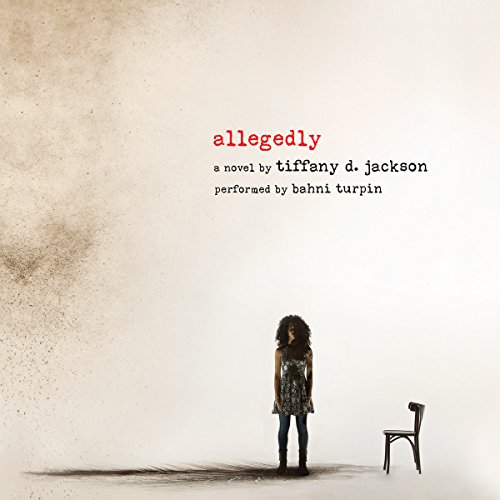 Allegedly is one of my favorite books and one that i’ve recommended to friends. Tiffany D. Jackson shows off her god-given talent in this wonderfully told story of Mary B. Addison, a teenaged fictional character convicted of murdering a baby when she was only 9. Mary lives in a group home with other colorful teens and soon finds herself pregnant. This page-turner also ends with the ultimate mind-fuck. Bahni Turpin does a wonderful job (as always) as narrator in the audiobook.

9. One Flew Over the Cuckoo’s Nest by Ken Kesey 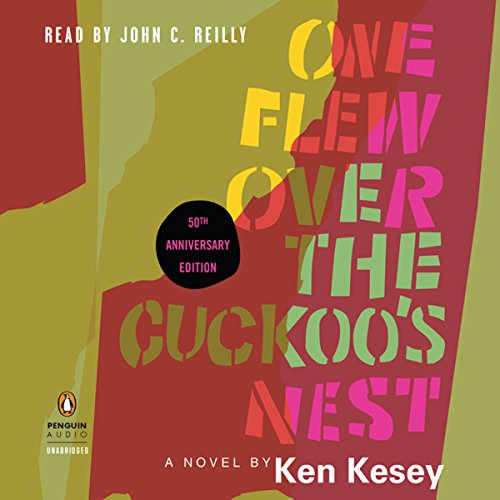 This best selling novel kind of reminds me of Girl, Interrupted except in this tale, the story only takes place inside of the mental facility and the nurses aren’t as trusting. Like Girl, Interrupted, the book was adapted into film. Randle Patrick McMurphy has just been sentenced to a mental hospital for a battery and gambling crime by faking insanity. The facility is changed by Randle’s antics and rebelliousness, such as sneaking in prostitutes and being a menance to the nurses. There are also a few other interesting patients in the ward as well. According to wikipedia:

One Flew Over the Cuckoo’s Nest was written in 1959 and published in 1962 in the midst of the Civil Rights Movement[6] and deep changes to the way psychology and psychiatry were being approached in America. The 1960s began the controversial movement towards deinstitutionalization,[7][8] an act that would have affected the characters in Kesey’s novel. The novel is a direct product of Kesey’s time working the graveyard shift as an orderly at a mental health facility in Menlo Park, California.[9] Not only did he speak to the patients and witness the workings of the institution; he also voluntarily took psychoactive drugs, including mescaline and LSD, as part of Project MKUltra.[10]

This is definitely a recommended read if you’ve never read the book or seen the movie.

I had to end this list with another classic. The Catcher in the Rye has a history of being censored and banned in schools. Although it is told in the first person of a 16 year old depressed and pessimistic male teen who refers to most adults as phonys, it definitely held my attention. Tthe main protagnoist is Holden Caulfield and takes place in New York and Pennsylvania. I’m not really sure how to adequately describe the book or Holden, so i’ll copy and paste the synopsis from Amazon:

“Through circumstances that tend to preclude adult, secondhand description, he leaves his prep school in Pennsylvania and goes underground in New York City for three days. The boy himself is at once too simple and too complex for us to make any final comment about him or his story. Perhaps the safest thing we can say about Holden is that he was born in the world not just strongly attracted to beauty but, almost, hopelessly impaled on it.
There are many voices in this novel: children’s voices, adult voices, underground voices-but Holden’s voice is the most eloquent of all. Transcending his own vernacular, yet remaining marvelously faithful to it, he issues a perfectly articulated cry of mixed pain and pleasure. However, like most lovers and clowns and poets of the higher orders, he keeps most of the pain to, and for, himself. The pleasure he gives away, or sets aside, with all his heart. It is there for the reader who can handle it to keep.”

For some reason the audiobook isn’t available on Audible nor Amazon. It may be available on other audiobook websites, however, below is the full audiobook edition on Youtube.

Are there any other books that should’ve made the list? Please comment below as I am always looking for new books to read.